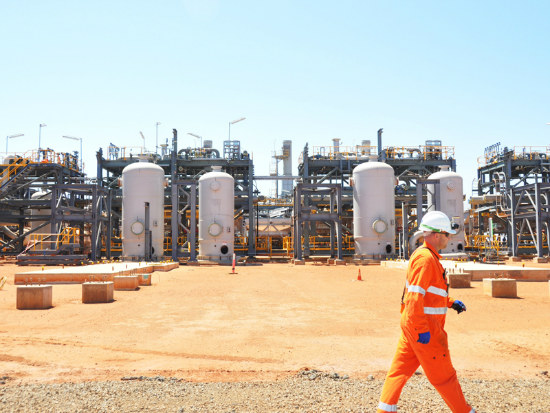 BHP Billiton is looking for $800 million in new savings from its coal operations as the global miner maintains an optimistic outlook for the coal business.

BHP’s president of Mineral Australia operations, Mike Henry, says plans by the Chinese government to reduce some of its coal mining capacity would make the coal sector more sustainable.

Medium to long-term demand for coking coal would also be supported by growth in the steel-making sector outside of China in countries including India, Mr Henry said.

And Mr Henry acknowledged that the world was becoming more carbon conscious but said there was a future for thermal coal.

“We expect that thermal coal will remain front and centre in Asia’s energy portfolio into the forseeable future because it is the cheapest and most readily available source for power generation,” Mr Henry said during an update on BHP’s coal operations on Tuesday.

BHP Billiton’s coal business has already made more than $US3 billion of productivity gains since the 2012 financial year but Mr Henry said more efficiencies could be had.

“We are targeting another $US600 million ($A805.37 million) of productivity gains by the end of the 2017 financial year, off our already low cost base,” Mr Henry told reporters.

“This will be achieved through our continued strong focus on the five elements of productivity: equipment, supply, people, capital and marketing.”

Mr Henry said BHP’s coal operations were targeting a 30 per cent increase in people productivity over the next five years.

“As we move more material and produce more, we need to do it with the same or fewer people,” Mr Henry said.

He said removing dirt overburden to access coal deposits was a major cost, with BHP’s coal assets moving more than twice as much dirt to start mining as the company’s iron ore operations.

Each 10 per cent reduction in the cost of stripping saved about $US100 million.

BHP was bullish about the future of coal despite the current environment of low prices.

Mr Henry said coal would be an increasingly attractive, high-returning business over the medium to long term, underpinned by the high-quality nature of BHP’s coal assets and improving market dynamics.

But BHP would not be waiting for better markets to lift returns and would continue to improve the performance of its operations.

BHP would continue to evaluate ways to optimise its portfolio of coal assets.

Mr Henry said the developing world would still need to import coking coal to make steel, and BHP had the right sized assets and locations to feed this demand.

Furthermore, the steel-making industry was trending towards using larger blast furnaces and would need high-quality hard coking coal such as that produced by BHP Billiton.