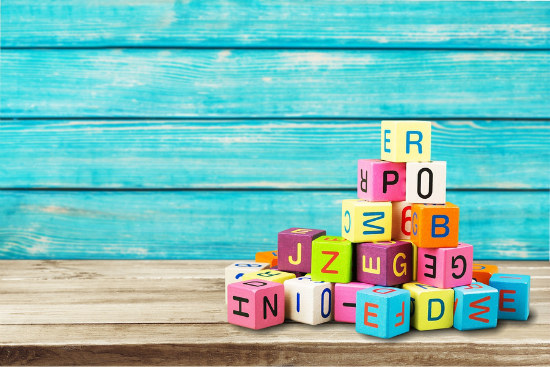 Learning how to overcome failure is an unexpected takeaway from The Great Australian Spelling Bee, says host Grant Denyer.

Denyer, who has again teamed up with Chrissie Swan to front the children’s quiz show on Network Ten, says the 10-week program celebrates literacy and “makes rock stars out of nerds”.

“Who would have thought spelling on television could be entertaining?”

The seasoned presenter has fallen under the spell of the buzzing young contestants, aged eight to 13, labelling them “really brave and courageous” for standing up on national TV.

He said the challenges on the interactive family show have been stripped back for season two to allow more room for the kids to shine.

“Last year we knew we would get smart kids but we didn’t expect them to be so funny, warm, compassionate and dramatic,” Denyer said.

This season’s group of 36 spellers was halved in episode one on Sunday by pronouncer Chris Edmund, the former head of acting at the Western Australia Academy of Performing Arts.

With over a decade of reality television under his belt, including as host of Australia’s Got Talent from 2007-2012, Denyer praised the kids’ response to the show’s process of elimination.

“There are times when there are a few little tears but that’s when we stop recording, all have a hug, tell some jokes and we all bounce back,” he said.

Denyer, who juggles working on the quiz show with hosting duties on Australia’s Family Feud, also acknowledged that the fear of failure does not discriminate.

“I know I’ve learnt more from my failures than I have my successes across my career and these kids are wiser than me.

“They know that getting words wrong is part of the growing process.”

Denyer said he and Swan’s first mission as hosts was to focus on the wellbeing of the kids, however the contestants are so supportive of each other that any tears on set are fleeting.

“The kids don’t want to knock other kids out of the competition.

“They have all of humanity’s most wonderful qualities all wrapped up into one little body.”

The second mission was to uncover great spellers among Australia’s youth, he said, assuring there was no shortage of talent and personality emerging in season two.

“All of these kids just have brilliant attitudes – attack life and give it everything you’ve got.”